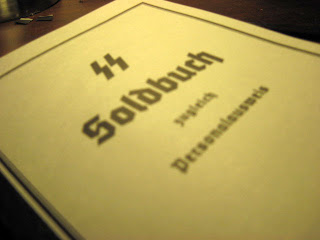 In less than a week at KublaCon, I'll be running Götterdämmerung, a Call of Cthulhu scenario set during the Battle of Berlin, where OSS/Delta Green agents, disguised as Waffen-SS paratroopers, infiltrate Berlin (which is surrounded by the Red Army) and try to stop the final machinations of the SS occult division known as the Karotechia. I got the idea to mock up an abbreviated and simplified version of an SS Soldbuch (a pay book carried by German soldiers which included unit information, issued equipment, and various other stuff), since the Soldbuch was also used as a kind of identity card, figuring it might make a nice prop for the investigators' cover identities.

Then I got another idea: why not turn the whole thing into a character sheet? 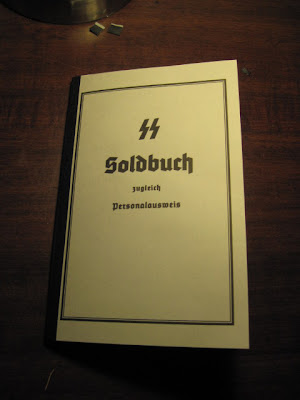 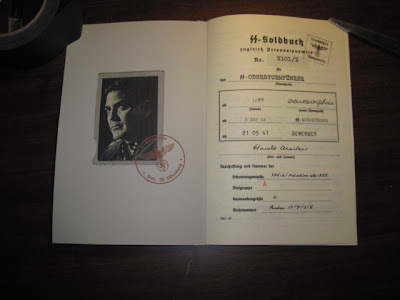 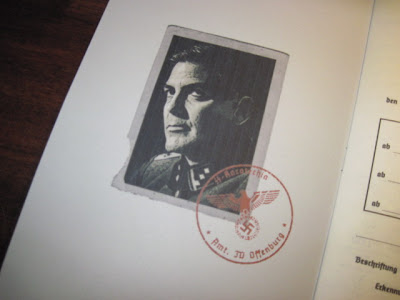 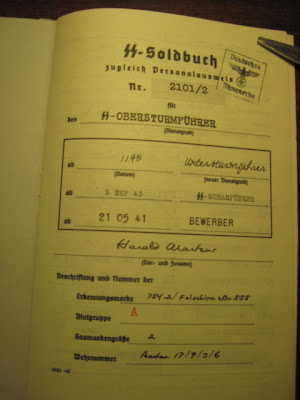 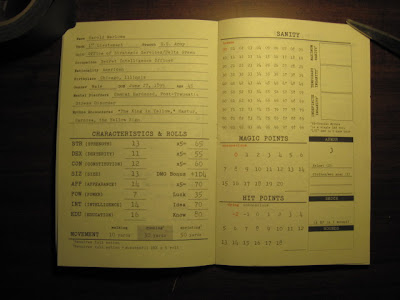 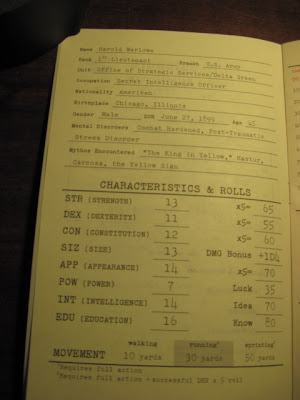 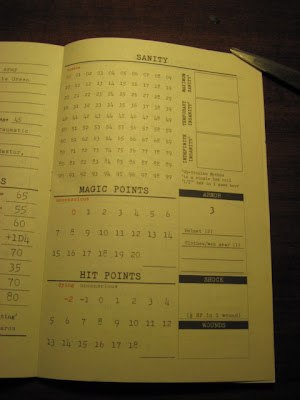 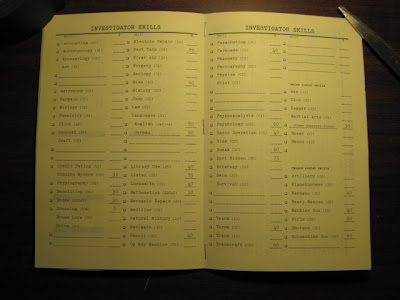 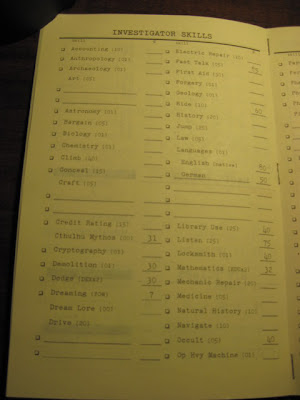 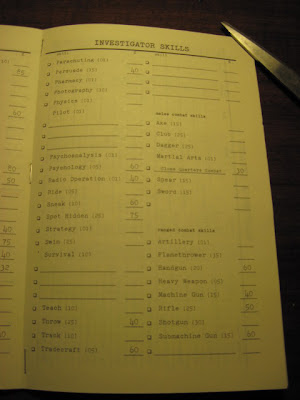 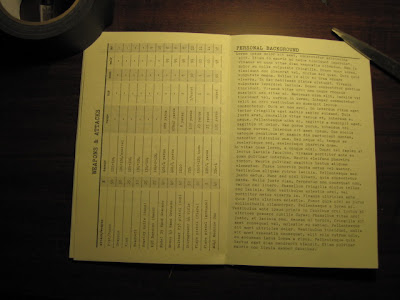 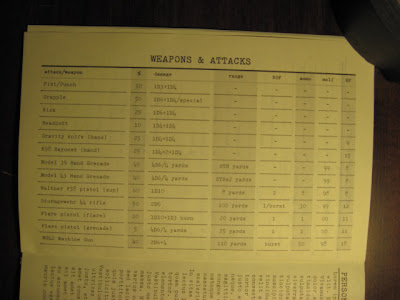 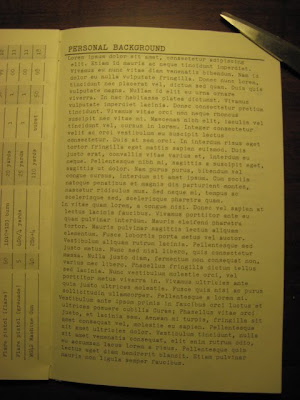 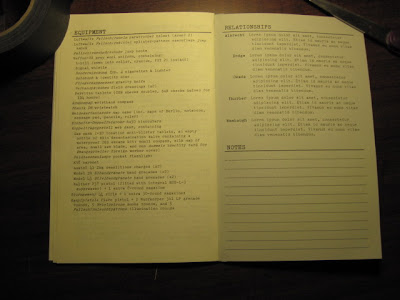 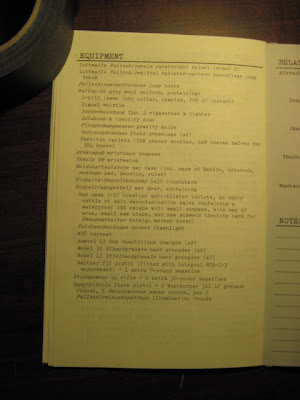 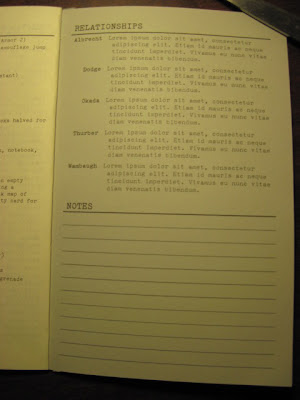 This was a lot of work. I used Word to create most of it, put into a PDF (the raw files are here), and printed it with the cover on grey card stock (which looks much less grey than it actually is in the photos) and the rest on light beige paper. Then I "bound" it with a long-reach stapler, and covered the spine (and hid the exterior of the staples) with black fabric tape.
Posted by Gil Trevizo at 8:24 PM

Mind blowing just simply mind blowing its really a treat to see such a cool prop.

I may need to steal your idea for a game I'm running though mine should be easier as it's modern so a modern dossier is likely to be more easily built.

Thanks for the compliments. It was a lot of work. I've thought about using it as a basis for doing a passport version (either modern or '20s or '30s), but I'll have to come up with a scenario that fits that.

It makes for a great take-home prop.

My main consideration will be creating one for a long-running campaign. Lead pencils and erasers do suck for creating something timeless.

Still, I'm thinking something in a manilla folder so the pages could be swapped out more easily when they get dog-eared. I could even include important NPCs they know, and that could be useful. It might even re-train them to be a bit more clever about how they tackle issues.